At Ecoterra we are producing three kinds of beef cattle: Charolais, Limousin and Red Angus – as an experiment. 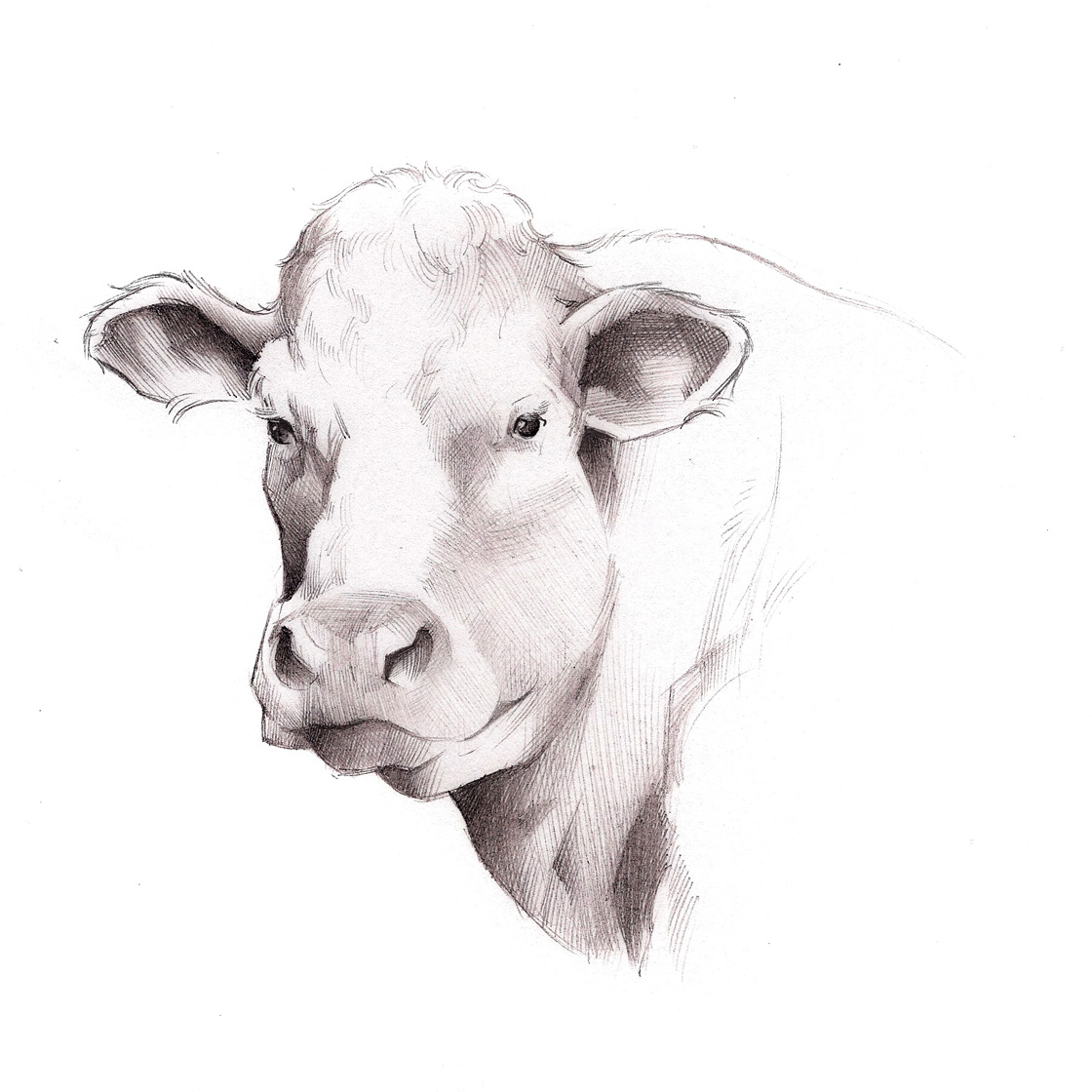 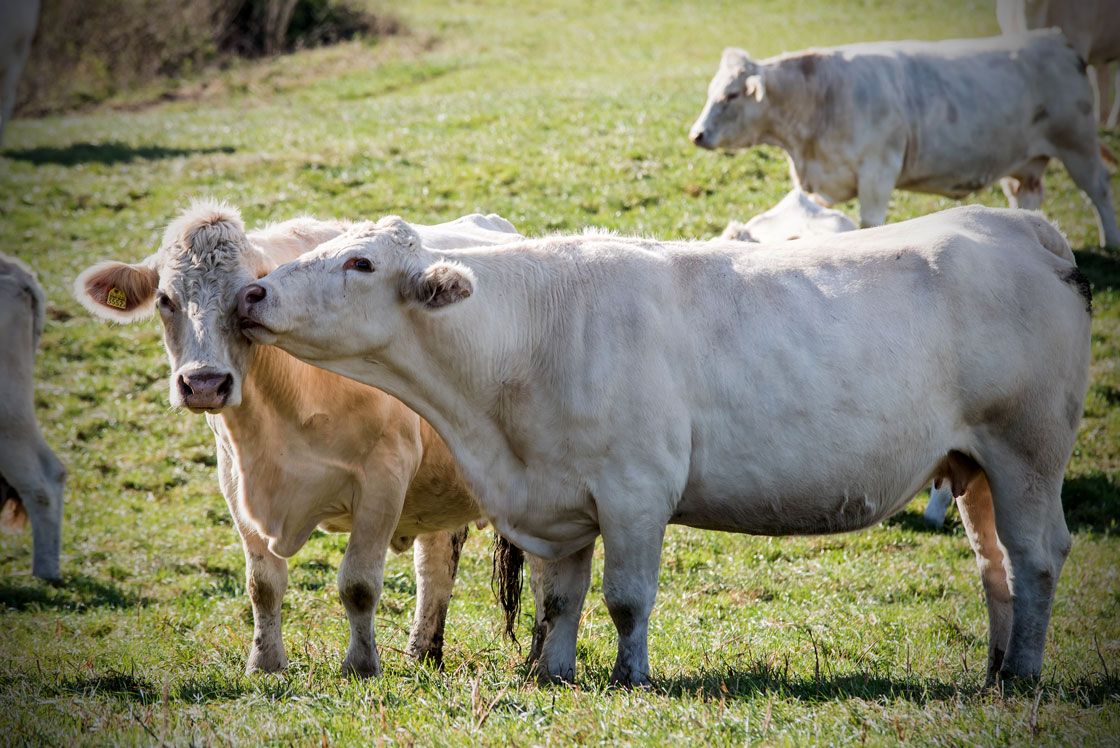 According to the official documents, the history of the white Charolais breed dates back to AD 878. Now days we import a cattle from the central France, near an old province named Charolles.

Characteristics of the Charolais breed:

The Charolais meat is considered to be one of the best of its kind.

It is characterised by deep dark red colour and delicate fatness, which guarantees juicy taste. It is a “haute couture” among the meat. 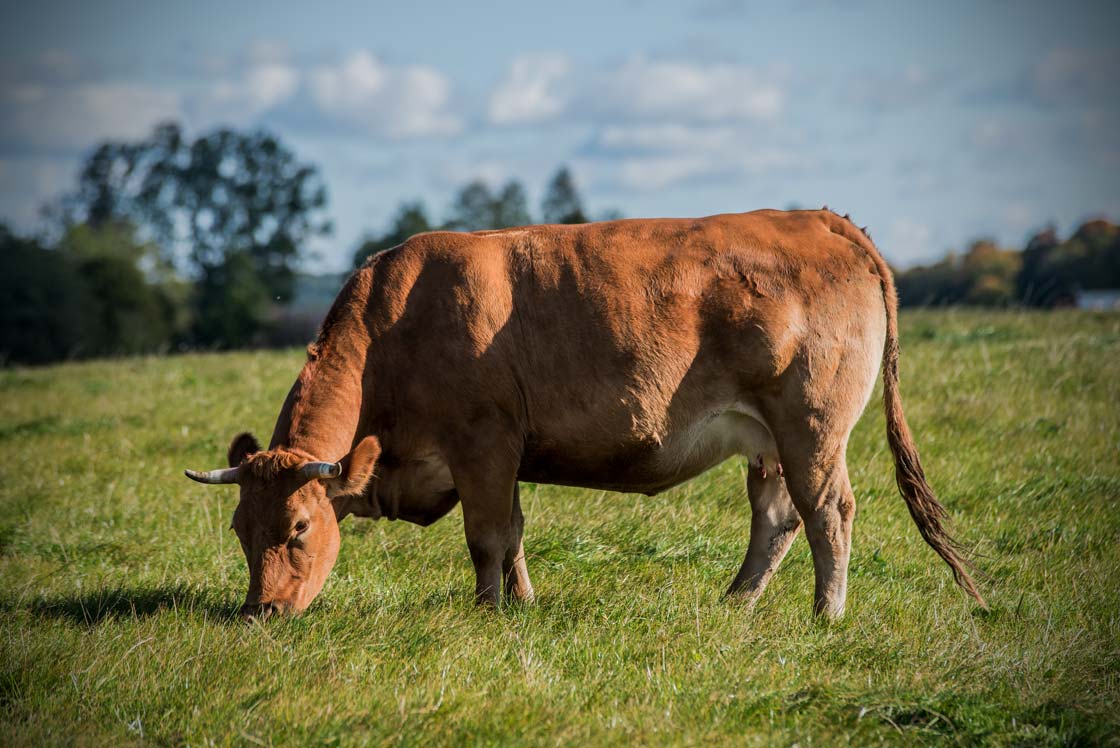 Although an official Limousin herd book is dated back to 1886, its history reaching over 200 years. Originally the cattle comes from Limousin and Marche regions of France.

Characteristics of the Limousin breed:

The meat of Limousin is relatively lean and very tender, which is why amateurs of high quality beef appreciate it. 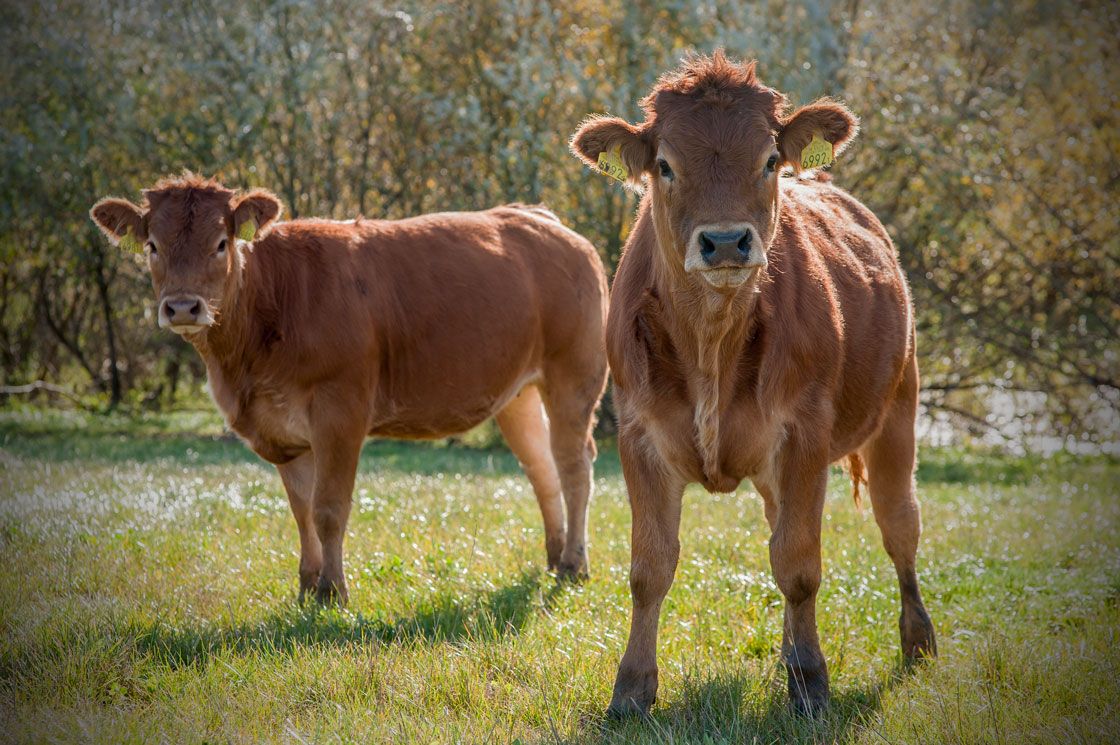 Red Angus breed was firstly mentioned during Viking era, around the 10th Century.

Originally both a black and a red specimens were included into one single herd book. Officially the breed was recognised in 1954, when the American Association of Red Angus was established.

Characteristics of the Red Angus breed:

Red Angus meat is highly marbled. This is why it is mostly desired by butchers and restaurateurs who value its high quality.